10 Car Features That Are Becoming Obsolete

Cars today are feats of engineering, loaded with increasingly sophisticated technology. Most vehicles today are powered by computers as much as they are gasoline and a battery. However, the latest inventions are rendering many of the once tried and true must-have car features obsolete. As rearview cameras, facial recognition technology, smartphone compatibility, and voice activated consoles become standard, they are replacing older features that were once considered essential in vehicles. Here are 10 car features that are fast becoming becoming obsolete in today’s automobiles.

Once considered the industry standard, drum brakes were once found in almost every vehicle on the road. But today, no major automotive manufacturer offers four-wheel drum brakes in the United States. They have been replaced by more sophisticated and high-tech hydraulic brake systems that use disc brakes on all four wheels, operated by a hydraulic system and electronic stability control.

It wasn’t that long ago when standard radios in virtually every type of vehicle came with the ability to play at least one compact disc. Go back 15 years, and many vehicles offered an upgrade to a system that came with the ability to hold five or ten CDs and shuffle between them seamlessly. But like the cassette player before, and the 8-track player before that, the CD player is mostly gone from modern cars.

Today, the CD player has been replaced by a combination of satellite radio, AUX jacks, USB ports, and Apple CarPlay and Android Auto. Against an onslaught of MP3s, iPod docks, smartphone Bluetooth connection, podcasts, and streaming services like Apple Music or Spotify, the poor compact disc didn’t stand a chance.

There was a time when people relished the opportunity to smoke in their car. Readers of a certain age will remember fondly the smell of tobacco seeped into the cloth seats of their parent’s old sedan or station wagon. There were even nifty lighters designed specifically for cars that you pushed in and had to wait for them to pop out before they were hot enough to use. Plus, tiny little ashtrays on the arm rest of each car door. But not these days.

Today, smoking in a car is taboo. In fact, it is now illegal to smoke in most public places and some places have outlawed smoking in cars if minors are present. The stigma around tobacco use has never been worse, and with good reason considering the overwhelmingly negative health risks that come with it. As a result, no automotive manufacturers today make cars that have ashtrays or cigarette lighters. That’s probably a good thing. Plus trying to balance a smoke in your fingers while driving just seems like another dangerous distraction anyway.

Remember coming to a stop in your car and then reaching down between the front seats and cranking up a lever to put on the parking brake? Or perhaps you hammered your left foot down on the extra foot peddle to engage it? However you did it, manual parking brakes used to be a standard safety feature in every vehicle. But now they are largely gone.

People of a certain age will no doubt remember a time when both the front and rear seats in cars were long benches rather than individual seats. This memory is likely a positive one for people who recall sitting between mom and dad in the front of the car as a kid. Sadly, bench seats have gone the way of the Dodo. The reasons are many.

One reason for the demise of bench seats is the fact that vehicles have shrunk in size since the 1970s and 1980s and bench seats are no longer practical. Another reason is modern safety regulations that require front seat passenger air bags, and for kids below a certain age/weight/height to remain firmly in the backseat. Oh, and most people found bench seats to be both ugly and uncomfortable. Changing style played a part too.

There was a time when antennas were as common as steering wheels and tires on cars. But today, you’d be hard pressed to find one anywhere. The old wire antennas that protruded from the front hoods of cars have now been replaced by more advanced shark fin-style antennas that are less noticeable but can pick-up radio signals from much further distances – literally around the world in the case of satellite radio.

Many new vehicles don’t even have shark fin antennas, though. Instead, the antennas are built right into the car’s infotainment system with no exterior protrusion at all. And they still provide better reception than the old-school wire version. As with all things, technology marches on.

First featured in sci-fi movies and TV shows such as Knight Rider, digital speedometers became a reality in the late 1980s and were quite popular for a period during the 1990s. However, the digital speedometer is now mostly gone – relegated to a curiosity of the past as most models go back to the traditional needle design (even if only simulated on a screen).

Not only have digital speedometers been replaced by more sophisticated head-up digital displays and LCD console units, but those numerical speed displays were terribly impractical. After a while, auto engineers realized that most car owners didn’t like staring at alarm clock numbers to gauge their speed. They found digital speedometers distracting and they often got washed out in direct sunlight, making them hard to read.

This one is a bit of a stretch, we admit, since dealers were never charging extra to throw a $6 road map in your glove box before you drove off the lot. But a lot of people can still remember their parents folding and unfolding enormous road maps, trying to find their way on unfamiliar roads. Glove compartments used to be crammed full of road maps from every corner of the U.S. and beyond.

If you were lost or stuck in traffic, out came a road map. People would pull over to the side of the road, spread the map across the hood of their car, and scrutinize it like ancient explorers analyzing a compass and reading the sky. With GPS navigation becoming a standard technology in vehicles today (or at the very least built into every smartphone on the planet), the road map industry has largely been put out of business, ending a bygone era of simplicity and a main feature of family road trips.

Ah, the car key. Arguably the simplest feature ever designed for a car. Yet, the car key has also now gone high-tech, and classic metal car keys of old seem destined for the dustbin of history. In recent years, several new slick and advanced technologies have come along to largely replace the metal car key as we know it, including keypad locks, button fobs, proximity keys, and biometric technology that enables a car to identify its owner’s face, retina or fingerprint. Add in push button ignition systems instead of key holes and the once trusted metal car key has truly become an artifact of the past. Is nothing sacred?

Does anyone remember the last time they changed a flat tire on the side of a highway? Probably never, right? While you might recall your father or grandfather hauling out a jack and the old spare “donut” tire from his trunk, chances are you have never had to perform such an act.

That’s because tires today are manufactured to “run flat,” meaning they can continue on for 100 miles or more after being punctured due to a sophisticated innertube. This has rendered the need for a spare tire in the trunk completely obsolete. There are also AAA trucks, as well as patch kits, automatic sealing sprays, and reinforced sidewalls that have conspired to eliminate the need for spare tires. Many new cars don’t even come with one anymore. 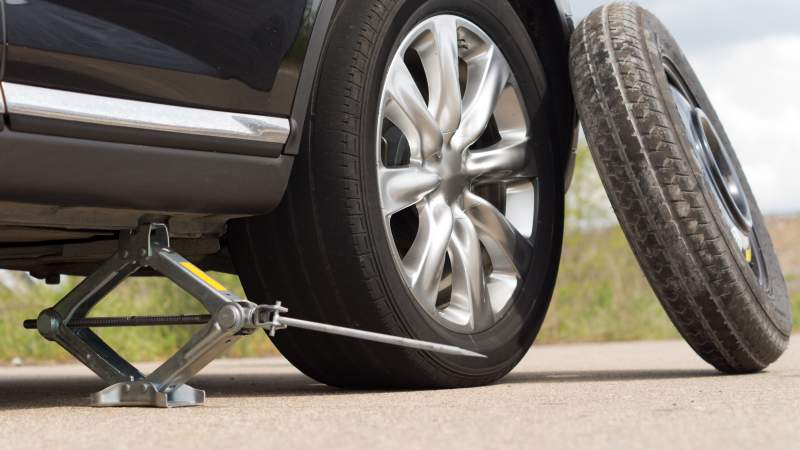